Born in 1922 in Enid, Oklahoma to an unsuccessful fundamentalist preacher and a creative, energetic schoolteacher, Chuck Kelley grew up in the Rockies, New Mexico and California. His unique upbringing in the poor but loving and talented family nurtured an insatiable curiosity and lifelong search for truth. Bored with school, he would go truant, typing up notes on his father’s typewriter. He would then study at the library instead. Once caught in this harmless ruse, the authorities went easy on him. After all, he was just studying – and they never found out about his trips across the street to a burlesque house.

As the U.S. entered World War II, despite his registration as a Conscientious Objector Chuck felt a moral obligation to stop Hitler. He became a weather forecaster with the Army’s Air Corps, a role that stood him in good stead when his interest was piqued by Wilhelm Reich’s experiments with the life force and weather a decade later.

Chuck’s own nearsightedness prompted him to study the Bates Method of Vision Improvement with Margaret Corbett and to practice as a Bates Instructor while obtaining his BA in psychology at the University of Hawaii after the war. Advanced degrees then focused on vision, culminating in his Ph.D. thesis on psychological factors affecting myopia from the New School for Social Research in 1958. His work with the ocular segment later became a unique contribution to Radix neo-Reichian bodywork and remains a vital element in that practice today.

The nineteen fifties saw him immersed as a student and experimenter in the Reichian movement even while he earned his living, first serving on various university faculties, then as an experimental psychologist with Dunlap & Associates, a firm of human factors engineers, researching the relationship of humans and machines. (John Wiley & Sons published his MANUAL AND AUTOMATIC CONTROL in 1968, out of print.) His Reichian writings give accounts of visits with Reich in Orgonon, Rangeley, Maine, experiments with various Reichian equipment, and the effects of dor in North Carolina and Connecticut while married to Barbara and raising their first child.

After Reich’s tragic death in 1957, Chuck could see no-one continuing the work, so in 1960 he established the Interscience Research Institute, “a scientific and educational organization dedicated to studying the creative process in nature as that process was described by Wilhelm Reich.” During the next five years he published  THE CREATIVE PROCESS as a vehicle for his own and others’ research on Reich’s theories and experiments, first in Stanford, Connecticut and later in Santa Monica, California where he was transferred as Chief Scientist by his engineering firm. He had been devastated by the US government’s treatment of Reich and his work; he became disillusioned with the reactions and apathy of many orgonomists, and had been unable to get funding for scientific research. Most importantly, however, he was drifting from Reich on some key theoretical points, especially the origin and value of muscular armor. He dissociated himself from orgonomy and developed his own form of neo-Reichian programs called Radix Education in Feeling, Purpose and Vision Improvement. Despite the multiple names given historically for the life force, he deliberately chose radix, meaning “root” or “cause,” to distinguish his unique theories and practice, and the Institute took its name in 1974. His seminal booklet of 1970, revised in 1974, Education in Feeling and Purpose, remains valid today.

Never one to adopt beliefs or practices from hearsay, Chuck participated deeply in numerous disciplines, including sex research at the Institute for Sexual and Marital Studies in Long Beach California at the invitation of its directors, Professors William Hartman and Marilyn Fithian. He studied briefly at the Masters and Johnson Institute, and taught ongoing programs in sexual enhancement over a 25-year period, often in partnership with Alice Ladas. 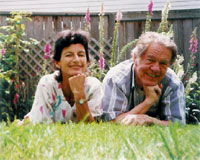 Divorced from Barbara in the sixties, he met Erica who became his partner for life. Together they began experimental groups in their home in 1968 and then ran the Radix Institute in Santa Monica and Ojai, California from 1970 to 1987, teaching at retreats around the world, giving workshops and seminars, and training countless Radix teachers. On retirement from directing the Institute and moving to Vancouver, WA, Chuck’s restless mind continued to struggle with the age-old question “What is Life?” He saw a culmination of his life’s work published in December 2004: LIFE FORCE: THE CREATIVE PROCESS IN MAN AND IN NATURE, and completed a thirteen-month correspondence course of the same name. With his health failing, he wrote a month before he died, I felt I had just made it. 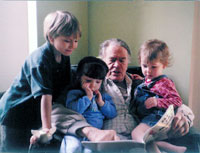 Chuck died peacefully on April 30th, 2005 after collapsing at his home with Erica beside him, at the age of 82. While Erica and his four children, Kathy, Tim, Eric and Kevin, mourned his passing, they were also thankful that his final departure from this life was swift. The last of five children, he broke a family pattern of lingering in a twilight zone of partial existence. He died as he had hoped, “with his boots on,” having given a Radix session only that morning.

Lastly, we remember Chuck for his lighthearted moments – his jokes, his poetry, and his songs, especially his rendering of  The St. James Infirmary Blues. And his littlest grandchildren remember story times. 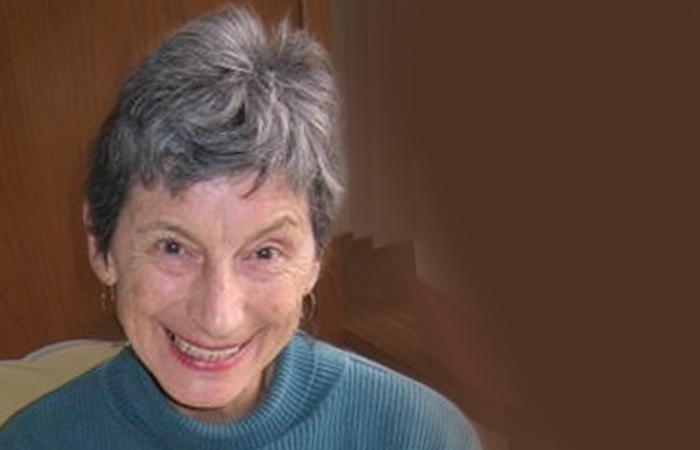 Our Roots In Vision

A feature that distinguishes Radix personal growth from other neo-Reichian disciplines is the attention given to vision. Although one aspect of vision is seeing in the literal, sensory sense, the word “vision” carries the implication of a larger context. We talk about being able to see ahead, of envisioning our future. We talk of seeing and understanding, of external reality, of seeing clearly what is in front of our eyes at this moment. And we talk of internal reality, seeing clearly into ourselves and acknowledging the truth about our self-image and our memories.

The very first group of five Radix students participated in an experimental class with Chuck and Erica Kelley in 1969 called “Education in Vision and Feeling.” This was a unique synthesis of two systems of bodywork: natural vision improvement methods derived from William H. Bates, and emotional release techniques derived from Wilhelm Reich. As Bates was the pioneer in freeing the senses, Reich was the pioneer in freeing feelings. Chuck brought a long background of research and experience as an experimental psychologist specializing in vision, and was a certified instructor of the Bates Method. Bates had identified stress and muscular tension around the eyes as a significant cause of visual dysfunction and had devised a variety of techniques, developed further by Chuck’s teacher, Margaret D. Corbett, to bring relaxed tone to those muscles, thus affecting the shape of the eye for better vision. This concept correlated naturally with Wilhelm Reich’s discoveries about “muscular armor.” Reich described the “ocular” segment as the first of seven segments in the body, each of which encompassed specific patterns of muscular armor. Kelley saw it was important to release ocular armor in his students so that they could see and be seen as their work progressed.

This original group spent the first half of every class doing Bates relaxation techniques, gentle breathing, and tachistoscopic training, in an atmosphere of serenity. In the second half of every class the whole group worked in a small sound-proofed room, receiving individualized Reichian work for his or her specific bodily blocks to emotional expression. In these “Intensives” emerged the underlying anger, the pain, the fear and also the joy. The most important aspect in each session was to allow feelings to show fully in the eyes.
See Complete Article