The Radix Institute also has contact information for many practitioners in Europe, as well as certified teachers in the U.S. who are not members at this time. Contact membership@radix.org  if you are looking for a teacher/ practitioner who is not in this directory.

To locate a licensed certified RADIX® practitioner near you,
Click on the Button of the area you wish to locate a Radix® Practitioner:

What you Can Expect as a Client:

How A Client Progresses In Radix Work

There are as many ways to experience Radix as there are clients who do the work because every client enters the work with their own unique arrangement of mental and physical armoring (unconscious blocks).  Radix is meant to flow freely in and out, but muscular blocks from chronic tension and unconscious holding patterns can interfere with its free flowing motion in either direction and can even cause it to become stagnant.  While the nuances vary, there are three primary paths to blocking the flow of radix or life force in the body.

The three basic paths of anger, pain and fear develop from the muscular contractions we use to block radix from expressing itself in the mind and body. Like all pulsations in nature, radix moves back and forth – from the core to periphery (outstroke) and then from periphery back to the  core
(instroke). The three negative emotions and their positive correlates form antithetical pairs. Since these pairs use the same pathway in the body for expression, a block to one also blocks the other. Thus, releasing negative blocks opens the flow of positive emotions.   Anger impedes the outstroke, also blocking love.  Fear impedes the instroke, also blocking trust.  Pain impedes motion in both directions, thus blocking pleasure.

Each of these blocks tend to produce a particular physio-type and psychological type, so the first task of the Radix practitioner is to identify correctly the character structure of the client by watching the radix metabolism in the body. We all carry anger, pain and fear to some extent, and they are arranged as layers of varying depths that cover the “Real Self” in each of us. The first series of radix sessions focus on identifying the outer most block and works from the top of the body downward to mobilize the held feeling. With practice the blocked emotion comes into conscious contact and expression, opening the feeling pathways. This is a back and forth process in which each opening is usually followed by a mild closure, but over time the channel of expression remains more fully open.

Once the feeling function has been restored in one layer, the client feels better in that emotional domain and the work moves on to encounter the next layer of holding. The process of identifying the block, softening the block and releasing the block to expression continues until the layers and segments of the body are fully open to the flow of radix and the client is aware of its plasmatic movement. Now the learning shifts to acquiring voluntary mental and muscular control in order to define and pursue the client’s goals in life. The techniques in this phase, called “purpose work” vary, but the focus is on building conscious armor rather than releasing unconscious armor.

While feeling work precedes purpose work in many clients, there are others who will benefit from purpose work first. The average client will take from one to three years of consistent body work to come into the desired balance of thinking and feeling — and most will agree that it was worth the time and attention it took to accomplish.  Physical, emotional, mental and even spiritual maladies heal as healthy balance and contact capacity are restored in the client.

Eve entered Radix work in her mid-thirties as her life was falling apart from deep depression, a divorce, and poor health. Her Radix practitioner saw her high chest, tightly held jaw, projective eyes, and other indicators of her blocked outstroke. He worked with her to help her feel the rage she had been suppressing since her childhood abuse, and then taught her safe and effective ways to express it. Managing her anger, she began to move up the ladder at work and became a supervisor. Having released the anger, she was a much more relaxed and loving person, but the next emotion to surface was a thick layer of pain. Her practitioner took her through different exercises designed to increase pulsation and movement of radix in her body. This layer took two years of monthly work to penetrate, but she experienced steady progress and her life kept improving. She decided to transition out of her technical job and into a field she found more fulfilling.

Having released the pain block, she found herself enjoying life more deeply, and began the journey to uncovering the last block to her authentic Self — fear. This was the most challenging phase for her. She knew how to be angry and could move through her pain, but she did not know how to surrender. She continued working with her Radix practitioner whose skill and support sustained her as she entered the void of her deep fears and emerged safely with a new and integrated experience of her Self.  She began taking charge of her life in a manner that she had not done in the past, setting goals and defining what she wanted from life and relationships. She is now happily married, has a career she enjoys, a family she loves, and good health. While she still faces daily challenges as do we all, she now has the balance, vitality and self-knowledge gained from her radix experience to enjoy her life fully. 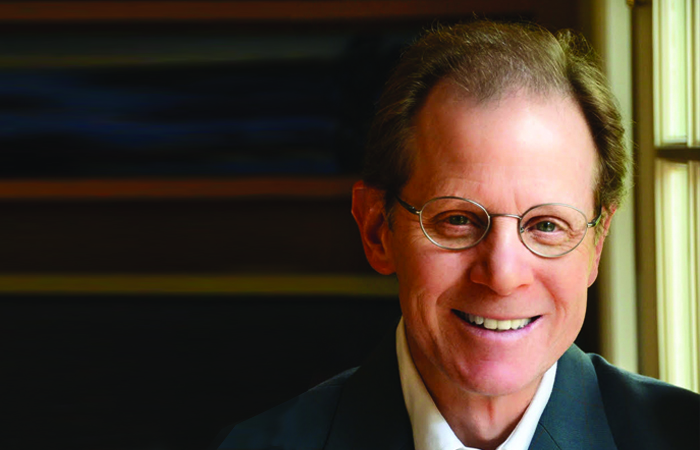 Daniel J. Siegel, MD, is clinical professor of psychiatry at the David Geffen School of Medicine at UCLA and executive director of the Mindsight® Institute. He has published extensively, including Mindsight: The New Science of Personal Transformation, an in-depth exploration of the power of the mind to integrate the brain and promote well-being.

Describe what you do in 15 words or less.
I teach interpersonal neurobiology to empower people to create more integration, kindness, and compassion in their lives and the world.

Tell us about a turning point in your life.
I was working with a family whose relationships with each other were profoundly shaped by a brain injury the mother experienced. The question of how to help this family depended on addressing how mind, brain, and relationships are interconnected, and what makes them so fundamental to well-being. That experience gave birth to a journey to bring all the sciences together into one perspective, one we now call “interpersonal neurobiology,” that offers a definition of the mind, a view of mental health, and a framework that reveals how mind, brain, and relationships are three facets of one reality that shapes our lives.

What do you love about teaching?

I love joining with others in a conversation about how we can bring more insight, empathy, and kindness into our lives and world. When people learn about interpersonal neurobiology, they can experience a new way of not only seeing how our lives are shaped deeply by both our relationships and our neural structures, but also how they can use the mind to actually change the function and structure of their brain. When we also weave in the power of relationships to help create more compassion and kindness in the world, we see a how a process called “integration”—the linkage of differentiated parts—is the underlying basis of health in our social, neural, and mental worlds.

What are you passionate about right now?
How to bring these ideas into families’ and individuals’ everyday lives as well as into schools, organizations, the helping professions, and even public policy.

What do you do in your downtime?
Relax with my family and friends, walk the dogs, hike, sail, ride bikes, listen to music, juggle, dance, walk on the beach at sunset.

The Radix® Institute does not and shall not discriminate on the basis of race, color, religion (creed), gender, gender expression, age, national origin (ancestry), disability, marital status, sexual orientation, or military status, in any of its activities or operations.  We are committed to providing an inclusive and welcoming environment for all members of our Board, staff, clients, volunteers, subcontractors, vendors, and clients.