Radix theory is rooted in the work of the psychiatrist Wilhelm Reich, who in the first half of the 20th century recognized a ‘functional identity’ between the body and mind. He saw that the mind and body are interrelated and that whatever is happening in one is also reflected in the other. Reich saw the body as a ‘frozen history’ of our life experiences and therefore a direct link to the unconscious material. Thus, whether psychotherapy takes place primarily at a body level, a mental level or an emotional level that work will impact at all three levels.

One of Reich’s fundamental concepts was of the life force which flows through the body and links mind, body and emotion. The founder of Radix, Dr. Charles Kelley, an experimental psychologist and forward thinker, expanded this concept. He named this life force the “radix,” meaning root or source. Kelley saw the radix as the energy flow underlying body, mind and spirit and that working with it means working with all three levels. Kelley also explored the relationship between emotion, vision and perception, bringing an important and unique therapeutic concept and tool to Radix work.

Radix is a process-oriented somatic psychotherapy and bodywork, meaning that therapists connect with the client at the start of each session and develop the session based on what is happening for the client – cognitively, physically and emotionally – at that moment. A process orientation facilitates the unfolding of these dimensions by freeing the flow of the radix which in turn develops aliveness, insight, self awareness, discovery, resolution and acceptance, the fundamental goals of most psychotherapies.

Excerpt from “Our Reichian Roots”

“Reich’s legacy lives on in a multitude of disciplines in the mind/body arena, now in the second and third generations since his death in 1957. Radix was blessed with the first-generation experience of its Founder, Charles Kelley, just as Bioenergetics was founded by a first-generation student of Reich’s, Alexander Lowen, and Gestalt Therapy by Fritz Perls. The Human Potential Movement of the 1970’s produced pioneers and disciplines that moved from classic “medical/psychiatric-model” orientation to mainstream “growth” models, and made the work of Reich, among others, accessible to countless numbers of people who were not “sick” but wanted to deeply change and enrich their lives. Kelley has written extensively about why he dissociated from Reich’s medical model with its focus on “sickness” and “cure,” just as he has explained his separation from Orgonomy, which freed him to develop Radix Education’s concepts and programs.

After Reich’s untimely death in prison in 1957, the Reichian movement fell into shock and confusion, and it was several years before a semblance of continuity emerged among his followers. As we honor the man to whom we are so indebted in this 50th Anniversary year of his death, we celebrate the resurgence of his work worldwide, the 1,950,000 results from a Google search for him, and the programs of the American College of Orgonomy and the Wilhelm Reich Museum. Above all, we are proud of our own role in applying his work to help people and the planet. Our enduring gratitude to you, Dr. Reich.”  – Erica Kelley

It Started with Wilhelm Reich 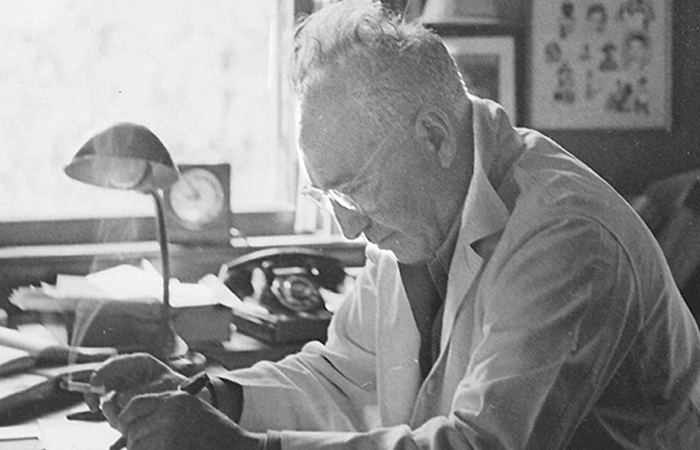 Reich believed that we needed to develop a whole new concept of sexuality. by Elsworth Baker, M.D.

He viewed the body as an energy system in a constant state of expansion and contraction or pulsation (seen most easily, in the pulse and respiration). In health, energy flows freely through the body. This energy is built up in the organism by the intake of food, fluid, and air. It is also absorbed directly through the skin. It is discharged by activity, excretion, emotional expression, the process of thinking, and by conversion into body heat, which radiates to the environment. Also it is used up in growth. In the usual course of events, more energy is built up than is discharged. If this were to continue, the organism would either have to grow continually or burst. To maintain a stable, economic energy level, excess energy must be discharged at more or less regular intervals. This economic discharging of energy is the function of the orgasm.

As energy increases, the body regularly builds up tension.

At a certain point, known as the lumination point, the tension is felt as sexual excitement in the healthy individual. Energy above the level of the lumination point may be looked upon as sexual energy or the libido, which Freud described. Normal expansion markedly increases. The skin becomes warm and dry, the pulse full and slow, breathing is deep, vision is sharp, and the genitals fill with blood and become acutely sensitive. In full sexual excitement, not only must energy reach the skin surface, especially the genitals, but this energy must be excited from within. This means acceptance of the genital feeling and anticipation of the genital embrace. Excitation is further increased by the presence of the sexual object until a close contact and union of the genitals become imperative. Rhythmic friction rapidly produces a maximum peak of energy concentration and excitation in the genital. Discharge occurs through total convulsions of the body, the orgasm, and the economic energy level is reestablished.

Reich believed that, from the time of birth...

…everyone is endowed with the sexual capacity which is necessary to maintain a stable energy level in the organism and prevent stasis. This is nature’s safety valve, to which man has developed a negative, repressive attitude. The result is emo-tional and physical disease, exploitation, sadism, and destructiveness, not only of man himself but toward all nature. Each individual has a right to sexual expression throughout his life, which should be acknowledged and affirmed. If this and his other needs are satisfied from birth, he is capable of regulating himself and needs only to be taught to respect the rights of others and his and his own safety. This self-regulation contains its own morality. If this were the rule in our society, sex would become an expression of love, not a conquest; perversions, sadism, and prostitution would cease to exist, and neuroses and criminality would be unknown. These are not just theoretical possibilities but have been demonstrated in those societies that are sex-affirmative.

The healthy person does not need as much sexual outlet as the armored because he receives satisfaction and is not forever trying to attain it. He can then find joy in his work, which becomes more productive. He is faithful to his mate as long as he is satisfied. When he is no longer satisfied, he finds a new love and new satisfaction rather than remaining compulsively within a loveless marriage. Today, we have numerous manuals on sex with photographs of different positions and techniques designed to enable compulsive marriage partners to find some enjoyment in their sexual relations with each other. This is all a frantic effort to perpetuate our system and make it work. When excitation with one’s partner is lost, usually no amount of training or technique will revive it. When excitation is there, each individual knows what to do. This mutual excitation may last a lifetime or it may disappear in a night, depending on other factors that the two have in common. For this reason, it is well that the two know each other well and live together for a time before marriage is contemplated. It may take time before the sexual experience is satisfying to both. Men are inclined to climax prematurely in a new relationship, and the woman does not then have an opportunity for sufficient stimulation. She usually requires more time than the male to reach acme and more foreplay before genital union.

Excerpt from: The Journal of Orgonomy,
Volume 20 Number 2 The American College of Orgonomy